Remember in my last post how I was all sad and mopey because I had just returned to Spain from home and I was missing everybody and everything?  Well, that feeling has nearly disappeared, thanks in part to the creation of my Madrid Six Month Bucket List! Now, of course I still miss my family and home, I’m not a savage. I’m just feeling a little more optimistic is all!  But I digress.

After careful consideration of my first 3 months in Spain (read: after a quick moment of panic and FOMO), I realized I hadn’t been taking advantage of my time here as well as I should have.  Enter Bucket List.  “Hello,” said the Bucket List, “I am here to motivate you to spend your time better while here in Spain.”

Okay, okay, so my bucket list didn’t actually talk.  But, it did motivate me to start using my time more wisely here, because I’m convinced that too much free time leads to the trap called Netflix.  So this week, I already managed to cross 5 things off!  And here they are:

There is this beautiful temple in Madrid and I have had several recommendations to go, so I went with fellow auxiliar Selena and her adorable Husky, Perla!  Unfortunately, Perla was shunned from the Metro, so we had to walk a looooong time to get there and missed the sun setting over the temple.  Even though it was dark, the temple was all lit up and beautiful.  We then proceeded to consume all the calories we lost on our walk in the form of a milkshake from the Five Guys that just opened up here!  The chocolate/peanut butter combo was SO worth it.  So was the company and conversation :). 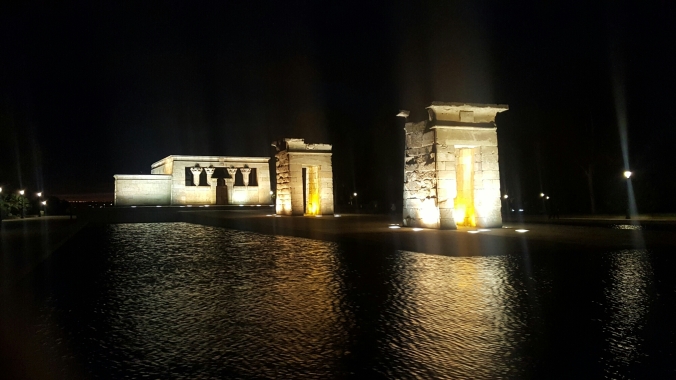 There is this marker in Sol called Kilometer 0 and is the point where Spain’s 6 national roads are measured from. I had walked by it so many times and had never actually gotten a picture!

On Friday, some friends and I went to this cute little bookstore/bar/cafe for Quiz Night!  We were on teams and had to answer questions in 4 categories: Name the Artist of the Painting, Name the Artist of the Song, Name the Country with This World Leader, and Finish the Pattern.  It. Was. So. Difficult.  Despite having trained for this by playing hours of Trivial Pursuit over break and challenging people to Quiz Up, I knew a total of 2 answers out of about 30.  Luckily, Sam and Minorka on my team were killin’ it with their knowledge, and we ended up getting about 11 correct.  Not too bad for amateurs!

I had heard from multiple people that the monastery/royal palace in this little city was BEAUTIFUL, so I decided to take advantage of the virtually free transportation and its relatively close proximity and see it.   I met up with Nicole (my friend from Purdue) and her roommate and we explored.  And just like everyone said, it was beautiful!  It was great spending time with the girls and checking out a new area.  I’m really glad we went. 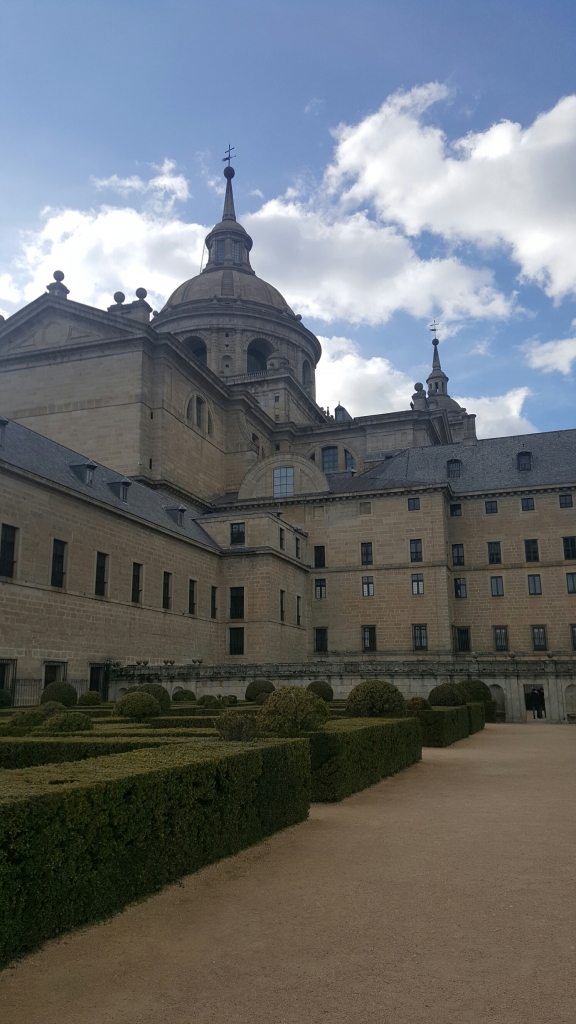 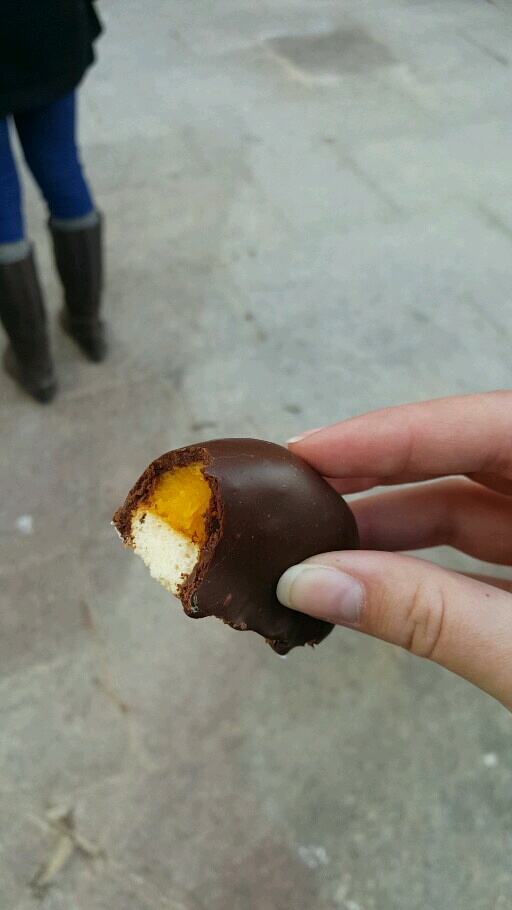 This was another thing I had wanted to do for awhile!  There’s this bar in Madrid called El Tigre where you can order a drink and get free tapas, and who wouldn’t love that?  So after school on Thursday, Selena, Mike (the other auxiliar), and I headed into the city to enjoy ourselves.  We went to both El Tigre and a similar bar called El Respiro. We got some beers and ate some delicious tapas (patatas bravas, ham on bread, chorizo, croquetas, etc.) and had good conversation.  It was a great time! 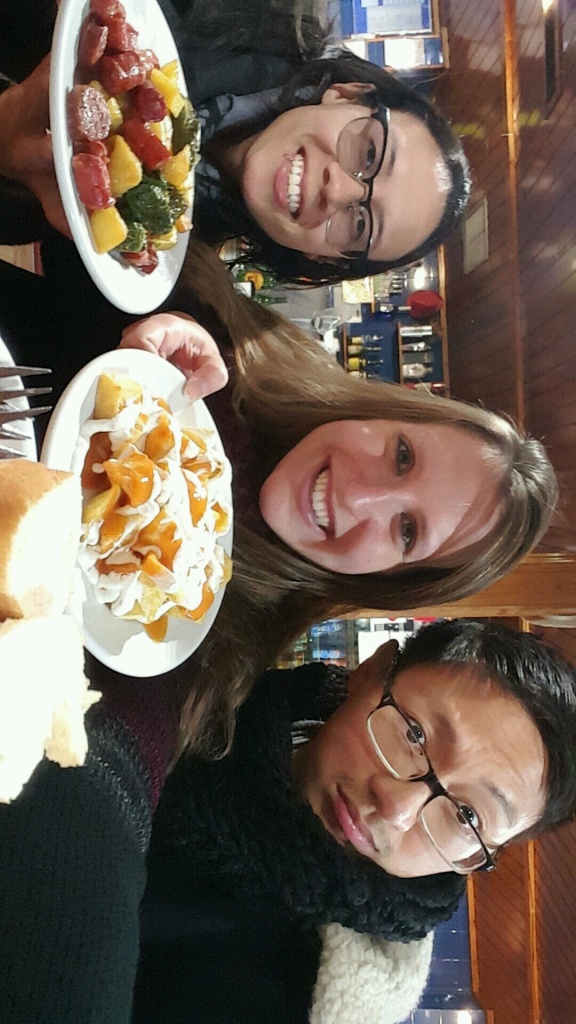 Idk why I can’t flip this pic…

Thankful for: The relatively warm weather we’ve been having here in Spain!
Enjoying: The many phone calls I’ve had with my mom since I’ve been back.
Excited for: My grandparents and sister to come to Madrid in March!!!